Thoughts of the week – South Goawayland 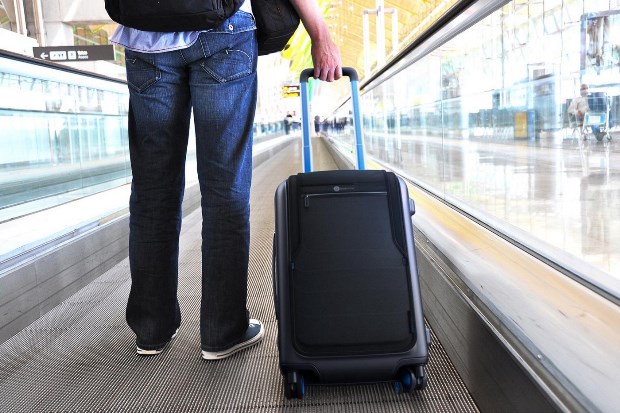 South Goawayland is a state that although part of a peninsula in Europe still does not go out to sea. Although divided among the neighbors, fragmented, reshaped over the centuries, Goawayland was a crossroads of cultures, religions and civilizations. There’s one song “…. There are two, three more parts homeland to be whole …”.

Goawayland get out of a Community of peninsular states, and is an independent state for around 30 years now. And even now after so many years of independence it is still suffering from economic underdevelopment, political instability and the emigration of young people and others outside the country.

In Goawayland lives a man named Blackie Sunday (Sunday because he was born on Sunday). Sunday is an Engineer of technical sciences and has a Master of social sciences. Ever since he was a schoolboy, great achievements in his life and career have been foreseen for him. But life didn’t really agree with that. When he was young he was young and promising, but now in the fifth decade of his life he was just (not)promising. However, Sunday has always been positive about life and he was always a great optimist. When he graduated from college, he received a call from a friend in Australia who invited him to come, migrate in Australia, but Sunday was confident in his abilities and decided to stay in Goawayland and he wanted to seek his fortune at home.

But as the years went by, Sunday’s patience diminished. He wanted everything finally to be settled and homeland to move forward in any way, not as it was one step forward, and two steps back. Sunday tried to change things for the better with his social and public activity but slowly he became frustrated because he saw no effect in it. However, he was convinced that there were several areas, pillars that had to be changed in the homeland at all costs to get things started for better.

In the first place there was the judiciary-legal system.

Sunday could not understand how there could be years of litigation and long, long court cases. Laws and regulations applied to some, but at the same time they didn’t apply to all. Both the opposition and the position, while in opposition, accuse the position for stealing, enriching themselves illegally. But when they came to power, no one was responsible; no one was convicted of a crime. There were times when the government office used detention as a punishment, but basically the court (judges) determined these measures. Sunday wondered how much the influence of politicians really has on judges.

The authority in Goawayland was divided into legislative (Assembly), executive (Government) and judicial. And by definition the judiciary was independent, but not so in practice. Perhaps, Sunday thought, this is because the Assembly elects judges and prosecutors. Thus, although with their own budget, the judges were influenced and subjected to pressure. If they really were a third empower then why not judges or at least prosecutors were not elected in direct elections by a simple majority of the citizens. Sunday believed that the judiciary had sufficient capacity and its own budget to conduct such elections. Only in this way will the prosecutors truly be the true representatives of their people. After all, the Court is judging for and on behalf of the people. Sunday was always looking for the reasons for a personal failure in him and he understood the need to change himself to make things better. That’s why he was wondering why the lawyers and judges were silent.  Why don’t they raise their voices and fight through their own bodies, judicial councils, chambers and more not only for independence but also for greater ethics and efficiency in their profession and work.

As a parent he was badly surprised by what everything and how much his children were learning at school, and on the other hand they had so little practical knowledge. Teaching and teachers become administration or administrators. It was not clear to him how in almost all subjects the written tests could be answered only by choosing from offered answers. There was a case where the correct answer was given by a student but given in his own words, not the ones predicted by the template, that the answer given was declared incorrect. Where is the creativity and ability of children to think with their own head? In life in general and in specific situations in life there are no options offered so that the correct answer can be selected. On the other hand, Goawayland was a state with the highest number of colleges and universities and a highly educated per capita, yet there were a significant number of students and graduates who were literally illiterate.

Blackie Sunday lost his father several years ago due to a brain stroke. The doctor who received his father in hospital did not recognize the stroke, so he allowed to pass more than the minimum number of hours allowed to respond to therapy to break the thrombus. When his old man was sent to the specialist hospital, all they could do was wait. But …….. What hurt Sunday is that no hero was found among the doctors to come out to him and express his condolences and explain to him why that happened.

Sunday, another time, fiercely argued with medical staff when they wanted to put plaster on his mother’s dislocated shoulder. “Alright,” he talked with his friends, “How can a man who has taken the Hippocratic Oath to help to humanity see people as objects or just as an opportunity for extra earnings.” Not to mention here the wrongly set up health care system in the country as hospitals were decaying, medical staff boasted and the aforementioned integrity and ability of doctors and medical staff was at stake.

Blackie Sunday concluded that there were only two options for a better tomorrow for him. One is to initiate South Goawayland to become a colony of the United States, Germany or any other developed and democratic state, keeping a certain degree of autonomy. Colonialism of Goawayland to last for 199 years. However, the laws of the colonizing country to begin applicable in Goawayland immediately. The second option is to call his friend in Australia and ask him to send a letter of guarantee for him and his family.

The other day Sunday called his friend in Australia.

Dear readers, the story is fictional. All the similarities with the author of the text and with our homeland are intentional. 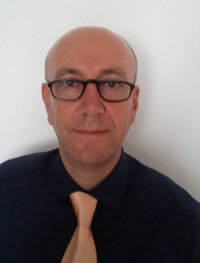